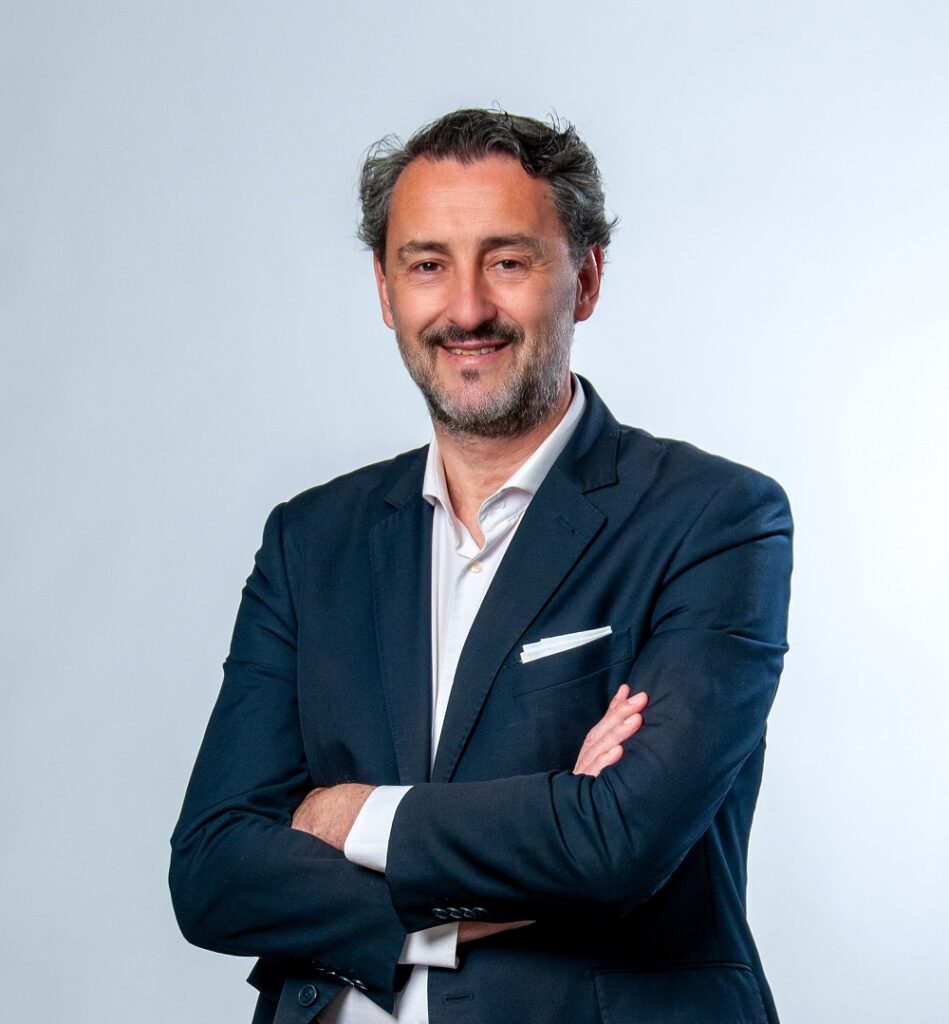 Madrid is one of the most popular destinations for national and international real estate investors, not only because it is one of the most important European capitals in terms of real estate business, but also because of its high economic level and quality of life. This makes Madrid attractive not only to institutional investors, but also to people looking for both the profitability of an investment and to enjoy the city’s impressive cultural, gastronomic and leisure offer.

KENSINGTON’s research team provides an update on developments in 2021 for the real estate market in Madrid, Spain’s largest residential market by far. More than 3.33 million people live in Spain’s capital city. The metropolitan area has about 5 million inhabitants. The entire region, the Community of Madrid, has 6,752,763 inhabitants (as of January 1, 2021). The focus is on indicators such as price developments, supply and demand, sales figures, construction activity and rents. The focus is especially on the most exclusive locations, neighborhoods and offers in the Madrid area.

We would like to help potential buyers and sellers of real estate in Madrid to objectively assess the current and future market situation. Our analyses are based on our own research as well as on empirical data collected by Spanish authorities, statistical offices, appraisal companies and real estate portals.

Importance of Madrid as a real estate location 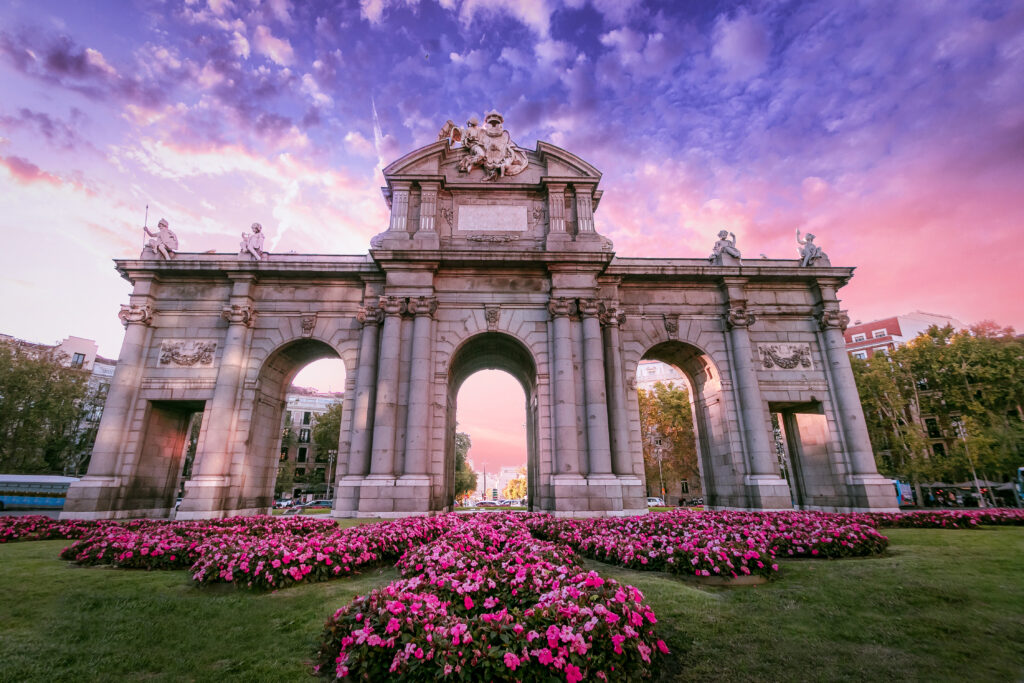 Madrid is a center of attraction, the largest urban agglomeration on the Iberian Peninsula and a decisive engine of the Spanish economy with a lot of social dynamism. The city is not only the traditional political center of Spain, with parks and boulevards, but also a true metropolis in terms of culture, entertainment, sports, business and gastronomy. For example, it is home to two of the best soccer teams in the world.

Along with San Sebastian and Barcelona, Madrid is one of the cities with the highest prices per square meter for residential property in Spain. And in no other city are there more transactions than here. The spectrum of offers shows the social heterogeneity and ranges from simple social housing to luxury penthouses of 15 million euros.

Officially, the city of Madrid is divided into 21 districts and 131 neighborhoods (colloquially, the term “barrio” is often used for many districts). Simple localities with average housing prices below €2,400/m2 are concentrated in the south and southeast. Villaverde has the lowest prices with an average price of €1,700/m2. The most exclusive addresses are in the east/northwest area of the city center, between the Justicia district, the Bernábeu stadium and the Retiro park. The most expensive district is Salamanca, with prices per square meter ranging from 7,500 to 11,000 euros. It is followed by Chamberí and Chamartín. Luxury real estate is in high demand, especially among Spaniards (approximately 80% share in the luxury segment). The city center and villa areas in the north and northwest of the city are the traditional residences of the Spanish upper class. Wealthy Latin Americans are the second largest buyer group (approximately 20%). Mexicans and Venezuelans, in particular, buy luxury properties.

At the beginning of 2021, skepticism reigned in the face of declining demand and sales in the pandemic year of 2020 and a drop in Spanish GDP of more than 10%. The progression of vaccinations directly reinforced the real estate market. Spain experienced a real boom in 2021. In September, sales figures were the highest since April 2008. In Madrid, the increase was almost 30%: In the Community of Madrid, there were around 83,000 privately financed home purchases in 2021, with a transaction volume of around €23 billion. In the capital alone, more than 42,000 purchase transactions took place. Of the transactions, 13.7% are new buildings and 86.3% are existing properties. 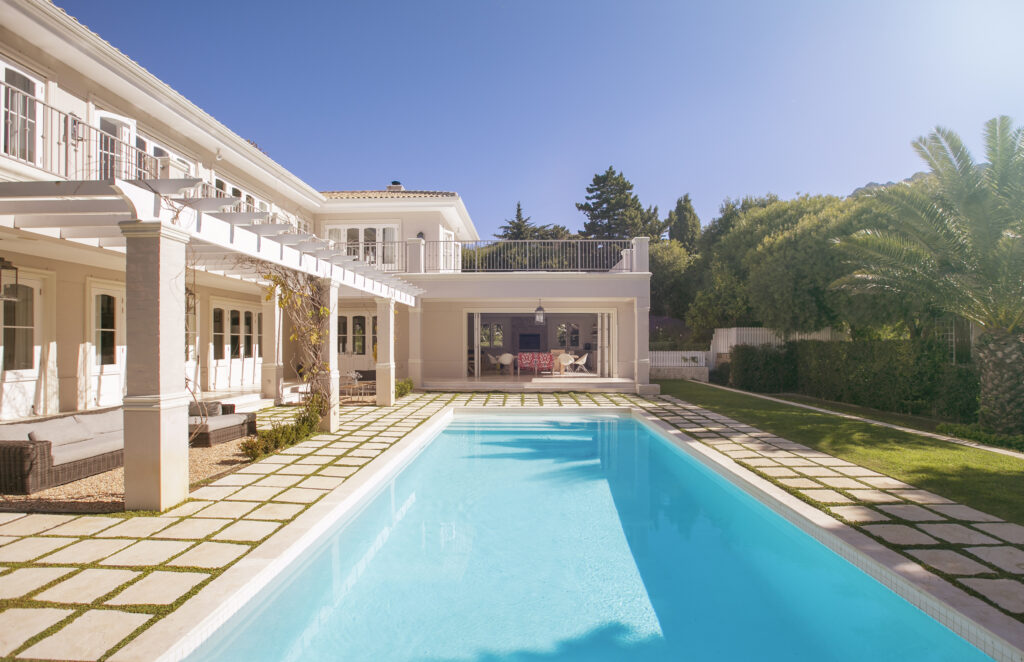 Since 2014, Spain has experienced a considerable increase in real estate prices. And Madrid, along with Barcelona and the Balearic Islands, were among the top locations across Spain, driving the trend with above-average rates of increase of almost 30% (2014 to 2019). In 2019, there was an annual price increase of 7% in Madrid. Buying a home in the capital of Spain cost more than double the Spanish average in 2021, while in 2014 it was “only” 1.6 times more expensive. In the pandemic year 2020, Madrid’s high price level remained practically stable. By the end of 2021, very moderate price rises of 3.3% are observed in the Community of Madrid, while in the capital the price level remains constant (+ 0.2% in sales prices compared to the previous year in November 2021). Those looking for a property in the luxury segment should keep an eye on the following districts and developments. 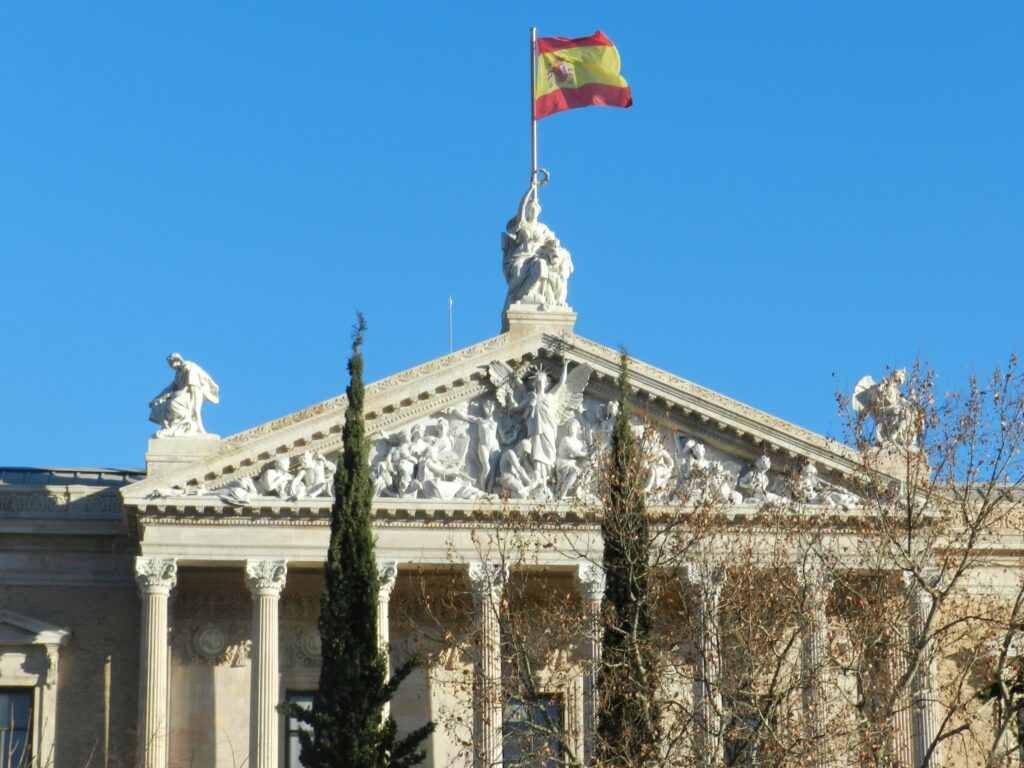 Salamanca stands out as the absolute best location in Madrid, with average prices per square meter above 6,000. It is an area that was planned in the second half of the 19th century and was designed to differentiate itself from the narrowness of Madrid’s old town with a grid-like street layout and elegant architectural style. Today, it is Madrid’s Golden Mile, with luxury boutiques, jewelry stores, star restaurants and exclusive nightlife on streets such as Serrano, Velázquez, Ortega y Gasset and Juan Bravo. Four areas of Salamanca are among the ten neighborhoods with the highest prices per square meter (see Table 3). The Recoletos neighborhood, on the north side of Retiro Park, leads the way, with penthouses for up to €15 million and 2-bedroom apartments for at least €460,000. The Castellana neighborhood also offers apartments for between 4 and 8 million euros. In Lista and Goya there are also offers from 260,000 euros, but also many apartments between 2 and 4 million euros. 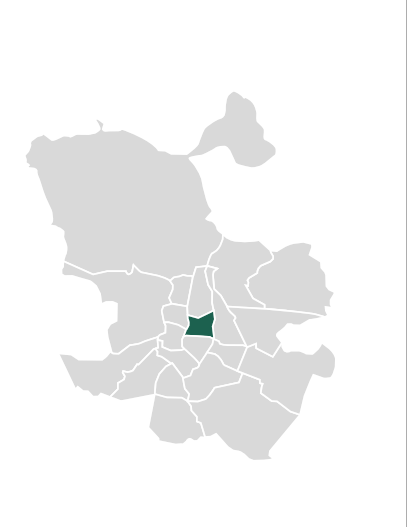 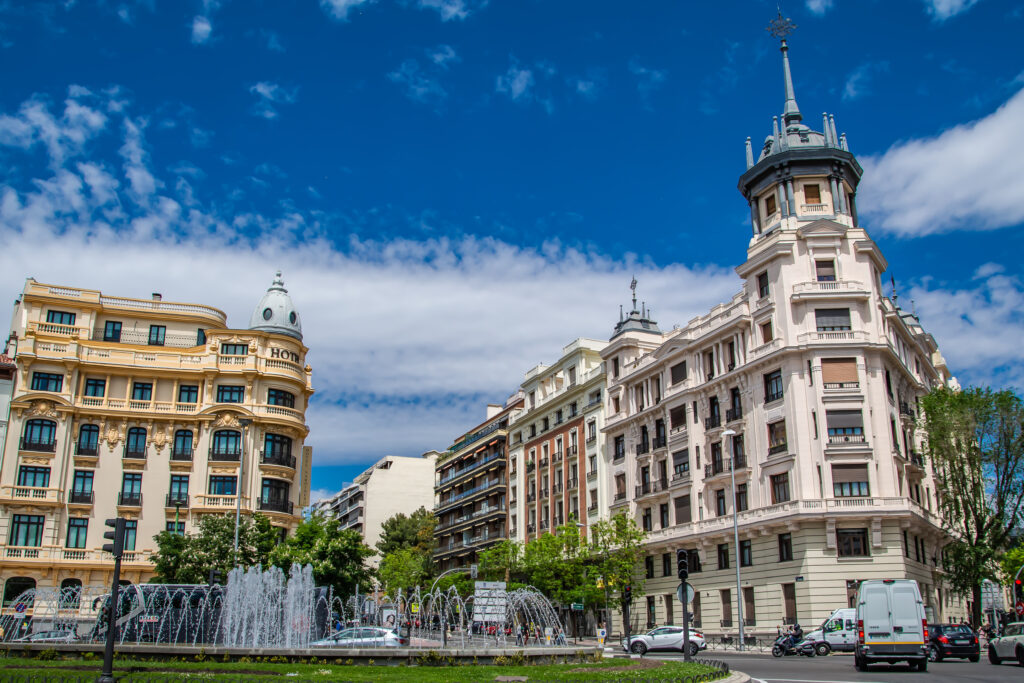 Chamberí is an authentic Madrid neighborhood with beautiful architecture that has been shaped by the city’s nobility and the bourgeoisie of the nineteenth and twentieth centuries. In addition to small traditional stores and quiet streets, there is also a lively scene. The most elegant neighborhood is Almagro, with its magnificent buildings, embassies, art galleries and excellent gastronomic offerings. For an apartment of about 80 m2 you have to pay at least 430,000 euros. In Almagro you can also find apartments and penthouses between 2.5 and 8 million euros with prices per square meter between 5,400 and 7,400 euros. 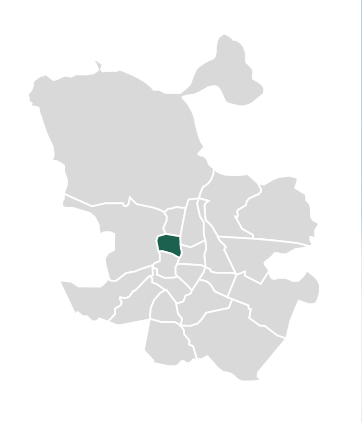 Chamartín is Madrid’s financial district, characterized by the skyscrapers of the Paseo de la Castellana, the train station and the Bernabéu stadium. There is an international buying public here, but some of Spain’s wealthiest businessmen also live here. The most exclusive neighborhood is El Viso, laid out in the 1930s with two-story single-family homes in the rationalist Madrid style. Villas here can cost up to 14 million euros. Many of these homes are around 5 or 6 million euros. Apartments in the higher neighborhoods of Chamartín range from 300,000 to 8 million euros. 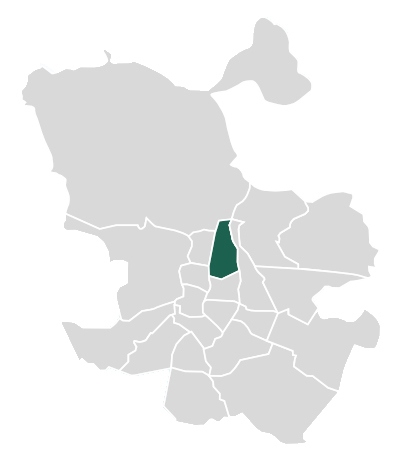 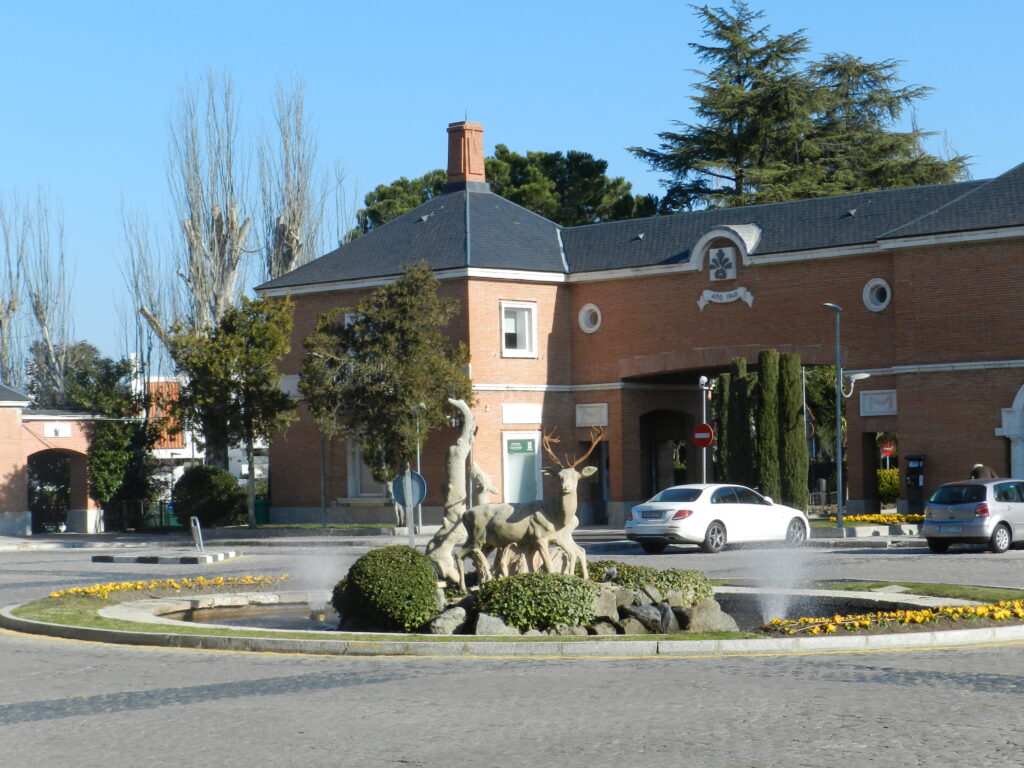 La Moraleja is a residential area located in the north of Madrid, in Alcobendas. Until the middle of the 20th century, it was a large private estate. In 1946, a plan was drawn up for a luxury urbanization on more than 600 hectares, with more than 70% green spaces with Mediterranean trees. The result is one of the most attractive residential areas in Spain, with imposing detached villas and several complexes of semi-detached and terraced houses.  The average price of offers in La Moraleja is 5,135 euros/m2, villas currently cost up to 15 million euros, but many properties are close to 2.5 and 5 million euros. 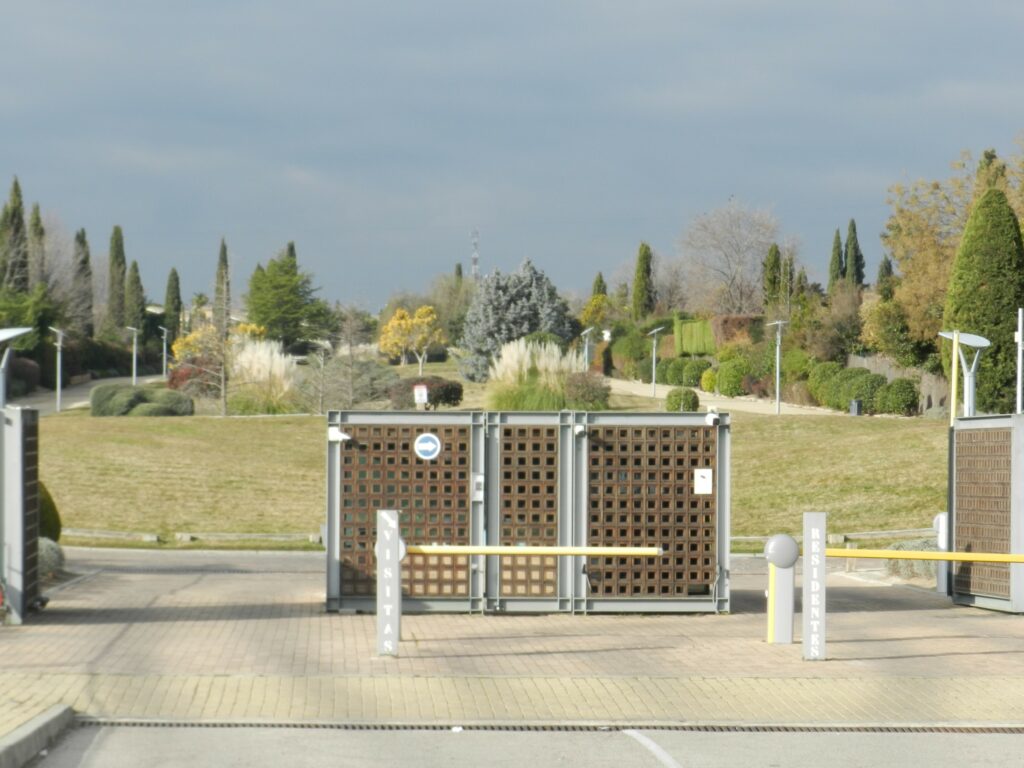 La Finca/Los Lagos was built by property developer Luis García Cereceda in the mid-1990s. It is located on a hunting reserve in Pozuelo de Alarcón, northwest of Madrid. Initially, La Finca built around 600 apartments, before creating one of the most exclusive villa developments as a gated community in the core (Los Lagos). The avant-garde villas were designed by star architect Joaquín Torres. This has created a stylistic coherence. The spectacular villa is valued at around 20 million euros. Current offers in Lagos reach 14 million euros. 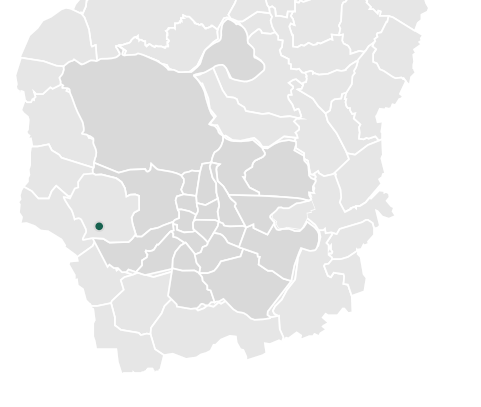 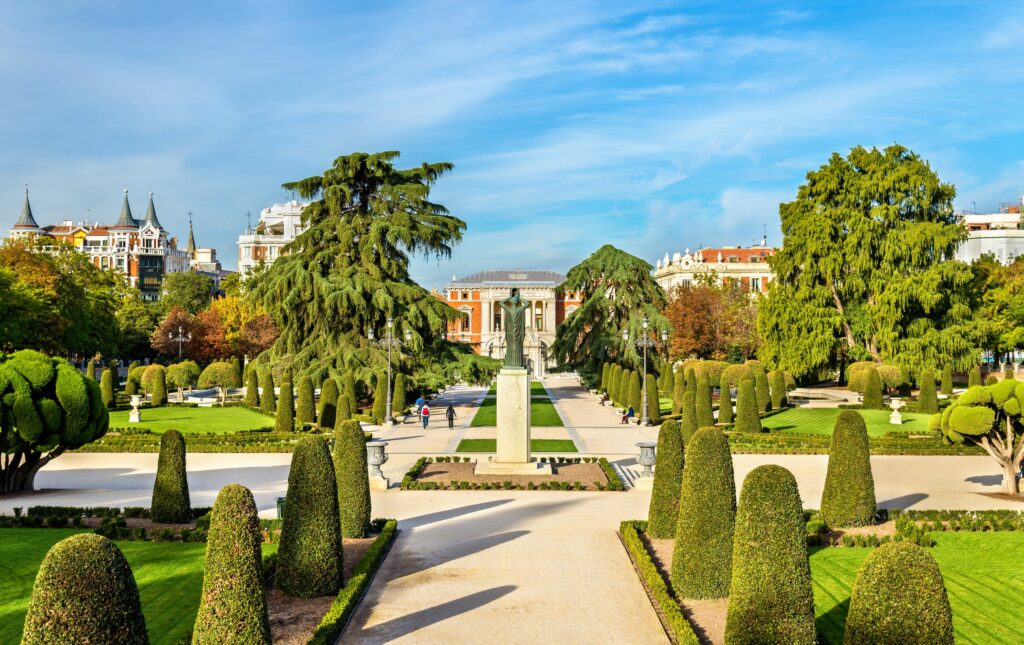 The Jerónimos district, known for the Prado Museum and the Retiro Park, is one of the most prominent locations with average prices per square meter of 7,407 euros/m2. Many apartments are priced between 2.5 and 6 million euros. Here there are no offers below 550,000 euros. In Barrio Chueca-Justicia (Centro district), apartments and penthouses are priced between 2 and 4 million euros.

The following locations are particularly in demand for villas: East of the city center, in the Conde de Orgaz neighborhood (Hortaleza district), villas cost between 1.8 and 6.8 million euros.

It is usually from 2 to 5 million in Aravaca, and from 1 to 8 million in the urbanization La Florida.

Slightly cheaper is Mirasierra, with single-family homes costing between 1.4 and 3 million euros.

The stock of rental housing in Madrid was 137% higher in the first half of the year than before the Corona crisis. From July onwards, things returned to normal, as work at home reduced and tourists and students returned. The supply of housing fell rapidly by 55%. However, Madrid still has 6% more rental supply than before March 2020, and as early as May 2021 there was a 13% year-on-year drop in rents. With the reduction in stock, the fall in rents in November 2021 is 4.9%. The average rent in Madrid is now €14.6/m2/month (average in Spain €10.5/m2). In the Community of Madrid, rents fell by 5.7% year-on-year. They now average 13.6 euros/m2.

The most expensive neighborhood in Madrid capital is Recoletos with 19.0 euros/m2 (Salamanca district), while Santa Eugenia offers the cheapest rents with 8.9 euros/m2 (Villa de Vallecas). Gross rental yields are between 4 and 6.5%, with the highest in districts such as San Blas and Puente de Vallecas.

The Madrid real estate market has fully recovered from the difficult year of the 2020 pandemic. In the Community of Madrid, transaction figures have even reached record levels. Prices have remained stable at a high level, underlining Madrid’s role as one of the leading Spanish markets. Therefore, a moderate price increase (5 to 6 %) can be assumed in 2022. Uncertainty factors are a high inflation rate and the resurgence of the pandemic. Rental prices could experience a trend change in the second half of 2022 due to the upcoming Housing Act and inflation. In any case, this sector will remain particularly interesting in the coming years, as a “build-to-rent” boom is observed among large investors and developers.  In general, we can expect to see an increase in demand for new buildings from younger people in the medium term, both for rental and for purchase. This is mainly explained by the aging building stock, which in Spain is already 40 years old on average. Madrid’s real estate market remains exciting and very attractive.

Community of Madrid and Madrid (city): number and value of privately financed housing transactions (purchase) between 2017 and 2021

(The Q4 2021 figures included here have been estimated by Kensington, Source: Ministry of Transport)

Housing prices in the 21 districts of Madrid. 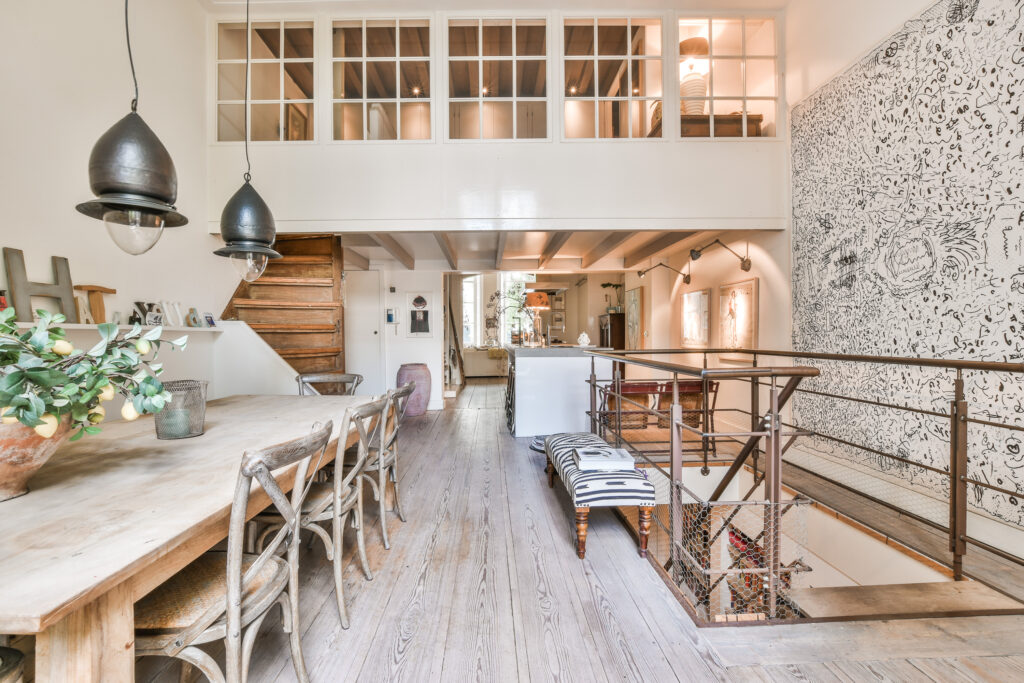 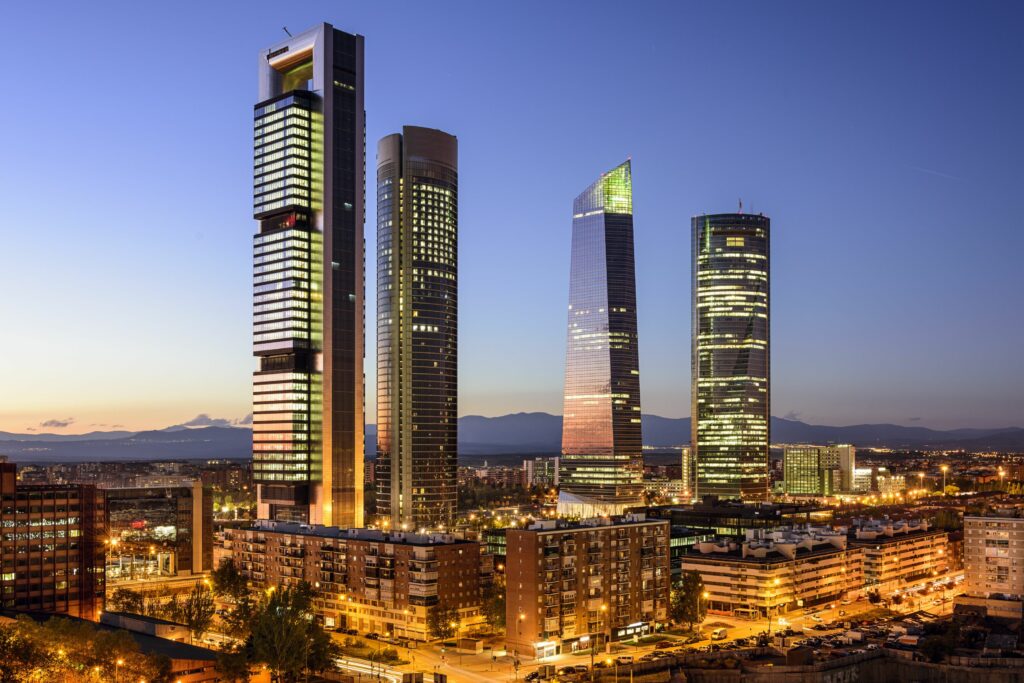 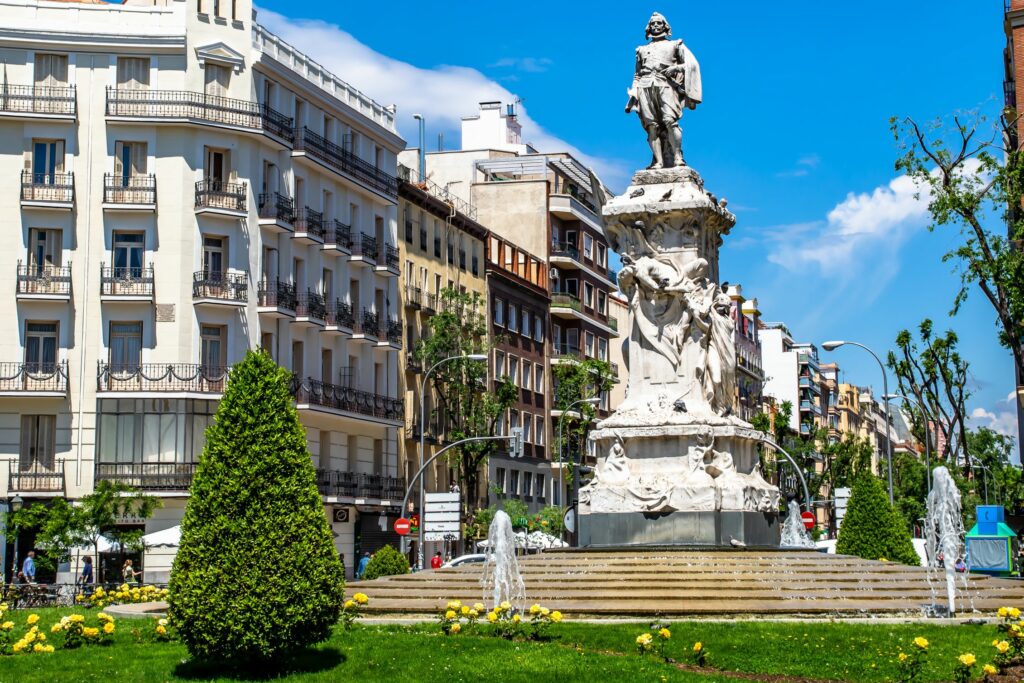 Would you like to learn more about KENSINGTON Madrid?

Click here
Download PDF version
Back to overview
We are internationally represented for you!
Find your local branch